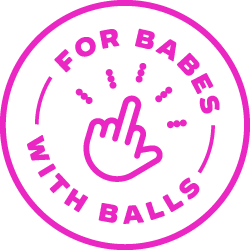 Welcome to the TMF Playlist Lounge

Instead of scrolling through 3,487 blog posts, why not browse by playlist? A number of select, hand-curated digital reading lists based on your mood. Come browse!

I was recently told a story about a man named Uncle Bill who went to Colombia, stayed in a hostel, and climbed the ladder into his bunk—even after the four bottles of wine. Uncle Bill wasn’t your average uncle, though. Uncle Bill was eighty-nine years old. Which sounds like a lot, when you say it out loud, […]

Well isn’t this the motherloving question of the year. It gets asked a lot sometime between the stages of that time you started your business and worked for peanuts because you were feeling wildly insecure about your worth and holy bananas I’ve been doing this for years and I’m still barely making rent even though I […]

Making Money is Not as Hard as Most People Make It

There is a distinct and profound difference between people who make money and people who don’t: the money. Hard, cold, beautiful bendy stacks of cash. I know there are a lot of people that say money is evil and your nostrils will catch on fire if you want anything other than world peace, but usually—and pardon […]

The Short, Slightly Sarcastic Answer to (At Least Eleven) Things You’ve Always Wanted to Know About Selling Yourself. Featuring: A Strong Opinion.

Q: Should I give away free consults? A: Are you running a business or a charity? EEEEEEEEEEET. Time’s up. The correct answer is [extra title=”Unless you *are* running a charity, in which case, oops?” info=”tooltip” info_place=”top” info_trigger=”hover”]business. [/extra] Ding, ding, ding. And businesses are for profit. Key words: For profit. Respect your own time and prospects will, […]

In: How to Sell Yourself

Last week, we talked about sustainable marketing efforts–not just wham bam thank you ma’am attempts like putting your logo on a BIC pen and handing them out to random nuns. Not effective. A much more effective way to market yourself? Becoming the obvious choice. Because, once again, when you’re the obvious choice–it isn’t a choice […]

How to Sell Anything With Words–Including a Used Ceiling Fan

I’m about to cry. I’m about to cry because I am so filthy proud of one of my former copywriting students. When wrapping up our last conversation on writing take-’em-to-their-knees product descriptions, I left her with a challenge: Look around your room. The first three items you see? Sell them to me. The rationale, of course, is that […]

In: Creative Writing for the Internet

I’m going to tell you a little secret. It’s not a dirty little secret, but it might as well be. The secret is this: The key to selling your stuff? Isn’t about the size of your list. (That’s what she said.) In fact, it isn’t about a lot of the things you’re worried that it […]

In: Creative Writing for the Internet

List Your Prices (THE RIGHT WAY) (Calling All Photographers.) (Hedgehogs Welcome, Too.)

As an entrepreneur, sometimes you fall flat on your face. Figuratively–and, apparently, literally–namely when you’re traveling in the South of Chile pretending to be in better shape than you actually are while attempting to jump over pathetically small streams that you really should be able to fucking clear, but somehow, don’t, and manage to fall flat […]

In: How to Sell Yourself

The X-Rated Guide to Developing a Marketing Plan. Without Losing Your Mind. Or Your Shirt. Cuz That’d Be Awkward.

So. Today we’re going to talk marketing. Some of the most common things I get are:– I have no idea what my unique value proposition is I can’t figure out why anyone would listen to me I am clueless as to what it even means to “market myself effectively.”- Before we get into this, we need […]

3 of 3First«23
NO, NOT ANOTHER ONEEEE! But hey, the law is the law, and as such, letting you know that The Middle Finger Project uses (oatmeal) cookies to improve your experience. We'll assume you're cool with this, but you can opt-out if you wish, Buttercup. Accept RejectRead More
Privacy & Cookies Policy
Necessary Always Enabled