The Real Value of Travel (Come Sneak Away to the Beaches of Costa Rica, If You Dare) 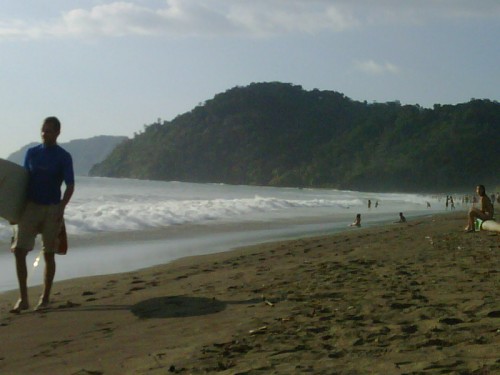 A Sexy Story With a Lesson

We sit in near silence, the only interruptions being an occasional mojito-induced outburst of nervous laughter, the sound of my silver chandelier earrings gently clinkering together, and the relentless tropical rains that steadily pelt the top of the canvas roof of the 4×4 automobile we are in.

It's shamelessly cliche, where we are and what we're doing there, parked at the edge of a cliff overlooking the warm Pacific waters at 2 o'clock in the morning, but the way his deep-set, dark brown eyes pierce my own, I suddenly understand women everywhere who have ever dared perpetuate such a cliche; it is these exact moments, right here and right now, that fill us with unexpected fervor, invigorating every hidden fantasy that we've secretly harbored, longing for a moment just like this one. For the first time in a long time, I feel alive. In more respects than one.

He slides his hand over the top of my exposed thigh, delicately running his thumb back and forth over my skin, and with the other reaches over to me, gently cupping my face and pulls me into him. It's one of those moments when you both know the kiss is about to happen, so you frantically try to lick your lips right before it happens without the other person noticing. Fortunately for the sake of my love story, he doesn't notice. As a matter of fact, after that point, I wouldn't say we noticed much of anything.

The way he kissed me that night, with a fiery intensity that would linger on my lips for days years to come, was the beginning of the end. It was in that moment that I first felt a strong connection with another human being that was different from me; it was in that moment that I first discovered the universality of human emotions. People from foreign countries had always seemed, well…foreign, but the opposite, as I was to discover, held more truth. When it comes to things like love, I learned, no one is foreign. As it turns out, everyone is exactly the same.

Over the following few months that I would live in Costa Rica, I was stunned to have this same lesson sneak up on me time and time again. We weren't just the same when it came to matters of the heart, but with all of the elements that make us human. From our deepest fears, to our desire to fit in; from our need to bond with one another to our need for time alone. In many ways, we were essentially all the same, simply having been molded in sightly different ways by our respective backdrops.

And it's precisely this realization that brings all of the value to travel; without the people, travel would be nothing more than a fruitless change of scenery. A slideshow, if you will, that does nothing to engage you, but is something you simply witness from your corner of the room.

Seeing ourselves in others gives us permission to be who we want to be; not merely the person we've been told we should be.

Wish You, Too, Had a Cliffside Latino(a) Lover & A Whole New Perspective on Life? 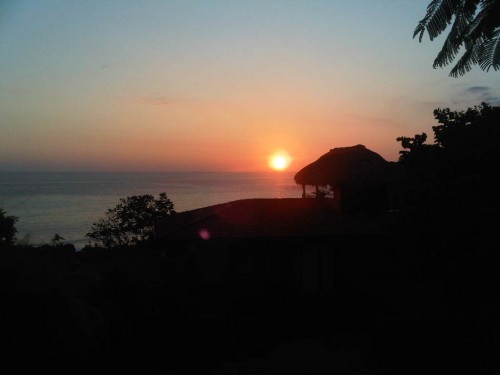 I gained immeasurable wisdom from that first trip to Costa Rica, as with every subsequent trip I've taken and time I've lived there. Most notably, I've learned how to be the person I am, in a world that promotes being the person society wants you to be. I've learned to take big leaps, and how to land gracefully no matter where I land. I've learned that risk is never as risky as it seems, and that only good can come from playing with it. I've learned that important careers aren't important unless you're happy doing them, and sometimes, the best career choice is the one we were most afraid of. And I've learned that living is as you define it.

Over the past year, I've seen many readers struggle with the same types of life questions, leading them to wonder “what if?” a whole lot. I've seen many become proactive and take chances, but I've also seen others want to be proactive, but just not know how.

Most of all, I've seen people who want to change, but are still paralyzed by fear.

The real question then becomes: you know you what you want. What are you going to do to go after it?

If the Pressure Isn’t Worth It, Say, “Sayonara Bish.”

If You Suck at Numbers And The Term “Balance Sheet” Makes You Nervous Laugh, THIS WILL CHANGE YOUR EFFING LIFE

How to Get More Clients and Stop Sucking at Business. And at Baseball. Maybe.

YOU F*cking Press Two! Or, 26 Reasons Humans Are Doomed.

Stop Waiting to “Be Ready.” Or “Have Your Ducks in a Row.” Or Until the Baby is Born, or the House is Built, or the Kids Are Older / More Independent / Less of a Pain in the Ass.

Women Don’t Learn How to Be Strong & Confident & Brave in Home-Fucking-Ec.

How Do You Survive? How Do You Make It Through the Shitstorm—With Grace?

How to Land Your Dream Job—Without Any Prior Experience, Connections, And/Or Bribing The Boss With Your Boobs

So You’ve Got a Great Idea But Have NO Idea Where to Start. (And It’s Making You Angsty and Farty and Paralyzed With Fear.)

WE’RE ON A MISSION TO HELP CREATIVES, ADVENTURERS, FAMILIES, WOMEN, AND UNDERREPRESENTED GROUPS OF ALL TYPES BECOME HIGH-INCOME DIGITAL NOMADS, EARNING $250,000/YEAR FROM ANYWHERE IN THE WORLD.

© 2021 Irreverent Ambition Inc. with Ash Ambirge. You killed my father, prepare to die.