You have found your people if your personal hell is:

The Middle Finger Project was created in 2009 by author and blogger Ash Ambirge who had had it with her corporate life.

(She, too, once lived in a subdevelopment with wall-to-wall carpeting and cheap oak cabinets.)

It was there that she launched her first unconventional life & work experiment: could she make a living as an independent writer from the end of the world? And would she actually be happy doing it?

Eight months and her first $103,000 later, her experiment was a success—and so was her social life. Having met three other travelers who would go on to become her dearest friends, she quickly realized that the problem wasn’t her: she just hadn’t found anyone else who shared her ideas about what a grand, daring adventure life should be.

Fast forward a decade and The Middle Finger Project—something she named one night off-hand with a chuckle and a bottle of wine—has become a global editorial brand and favorite weekly read for the curious seeking something more. Through countless travels, countries, research, essays, writing assignments, books, classes, clients, readers, fans, followers and subscribers, what started as a blog has become a platform for bravery, independence, breaking the mold, questioning the rules, thinking for yourself, and having the courage to pursue the life you really want to be living.

Whether you want to reinvent yourself, reinvent your work, or reinvent how you experience the world, there’s a gin-bottle-full of creative inspiration waiting for you here.

If you want to do something delightfully drastic like quit your job, start a “crazy” business, travel the world, and/or make unconventional lifestyle decisions that don’t involve a crockpot full of ham, you need our weekly dose of backbone in your inbox.

“I just wanted to say thank you for sending the only emails worth reading word-for-word.” —Kate Downes 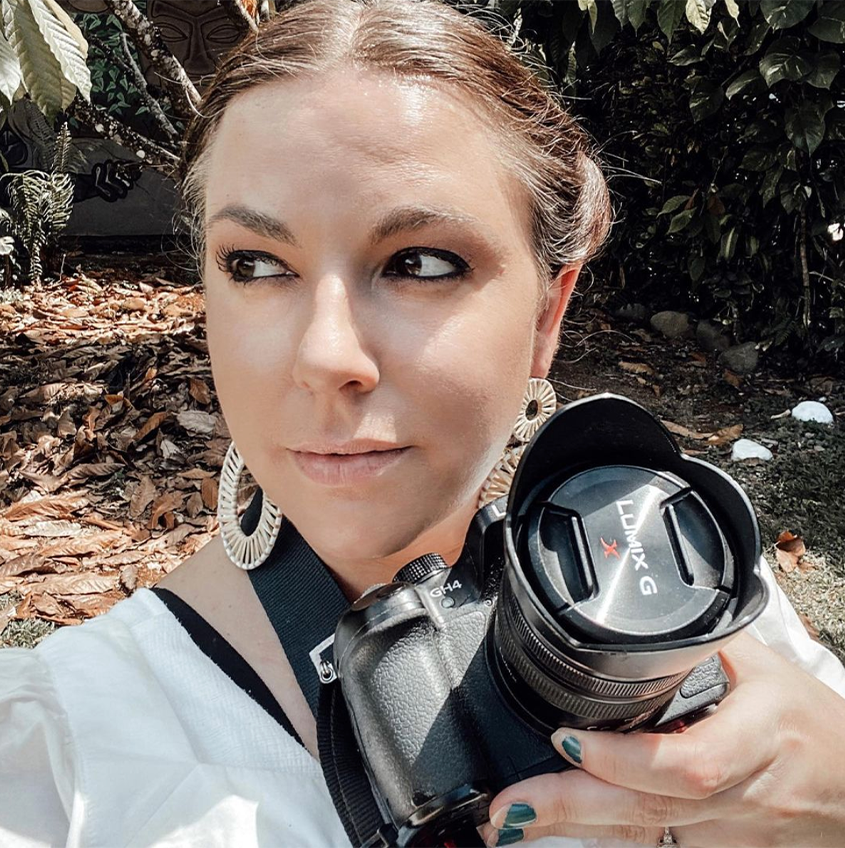 She’s a serial entrepreneur, creative writer, and “the OG millennial aunt of modern-day blogging,” which is absolutely a contender for her tombstone epitaph, along with Biggie lyrics, the recipe for soft pretzels, and that one note she wrote in the 8th grade explaining why she was too scared to have her first kiss: “I just don’t understand how our noses don’t collide.”

Thoughtful—and an excellent foray into her future career as a writer, where she would go on to analyze everything through words. (Fortunately she picked up on the kissing thing.)

She’s a full-time nomad who travels the globe and works remotely by design. She’s obsessed with creative writing, foreign languages, old books, historic architecture, and boutique hotels. She recently purchased a historic building in Philadelphia to renovate into an Airbnb, and she runs a newsletter for creative writers called Meat & Hair (and you thought The Middle Finger Project was wild).

Her feet are bigger than yours, and she hates fish.

“Ash Ambirge is a whole mood, and trust me, you want to be in it.” —Sarah Knight, New York Times bestselling author of The Life Changing Magic of Not Giving a F*ck