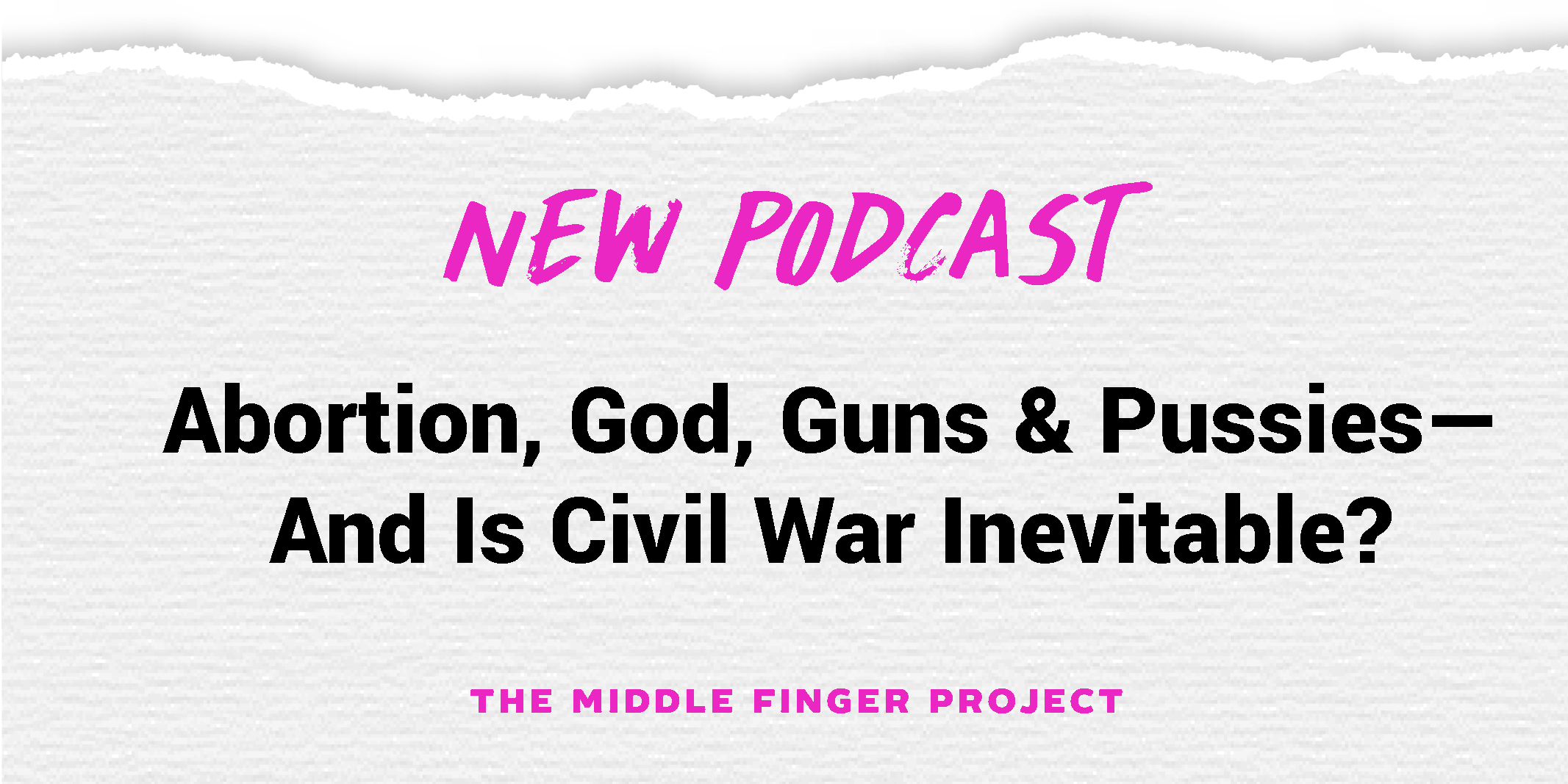 Okay, so I have SO MUCH TO TELL YOU. So, so much. (Besides the fact that “Abortion, Gods, Gun & Pussies” is definitely going to be my new personal tagline.)

Right now I’m on the ground in the Appalachian mountains, driving (with extremely careful COVID precautions) through a series of rural southern towns in an effort to investigate small-town America and the narratives driving conservative voters and how it all fits into the greater…fabric of things. (See the gram for pics as we go!)

I’ve got sooooo much I want to share with you, but in the meantime, as we make our way home to Philadelphia, you have got to listen to this podcast episode I recorded with the founder of One Commune (Los Angeles-based producer of courses with Russell Brand, Sophia Amoruso, Deepak Chopra,  etc.) all about the different ways rural conservative America and urban liberal America view the world, the hidden human needs of Trump supporters (and why Trump’s brand has been effective, despite traditional Christian values), and why the psychological component is more important than any one policy.

Seriously—Jeff is so damn smart. He’s able to articulate issues I hadn’t yet considered, and the discussion that evolved between us was one that, I think, merits your time. (You know I hardly ever send you podcast episodes of myself talking. 😂)

Inside, you’ll be treated to:

Pop in your earbuds and go for a morning walk or throw it on while you make lunch! Here’s the link again.

I’m trying like hell to serve as a cross-cultural interpreter—let me know how you think I did. 🙂

Have a great weekend, and be sure follow along on our journey over on Insta. See you there, hustle swan!!!

It’s fahking freezing here in Philly today—forty-five degrees, which we all know is basically thirty-two degrees, because there’s no rounding up when it comes to the weather. You ever notice that? NO ROUNDING UP IN THE WEATHER. Forty-five is not close to sixty, it’s close to death. But I’m not here to talk about the […]