There's always a reason why you shouldn't.

Shouldn't be so frivolous.

And a million other reasons why you shouldn't do what you've been wanting to do.

The real question, of course, isn't whether you should or you shouldn't.

Because when it comes to something you deeply, ferociously want–shouldn't doesn't exist.

The real question is:

This past weekend, one of my dearest, bestest, I'll-distract-the-waiter-while-you-shove-the-bread-in-your-purse friends decided to toss all of her shouldn'ts aside and follow me to my seasonal home in Costa Rica.

She probably shouldn't have spent the money.

She probably shouldn't have been so frivolous.

And she probably shouldn't have missed work, among other reasons.

And do you know why?

Because she didn't let her shouldn'ts become her should.

And instead of wasting her energy convincing herself why she shouldn't…

She figured out how she could.

…And then she strolled off the plane eating a god damn pineapple. 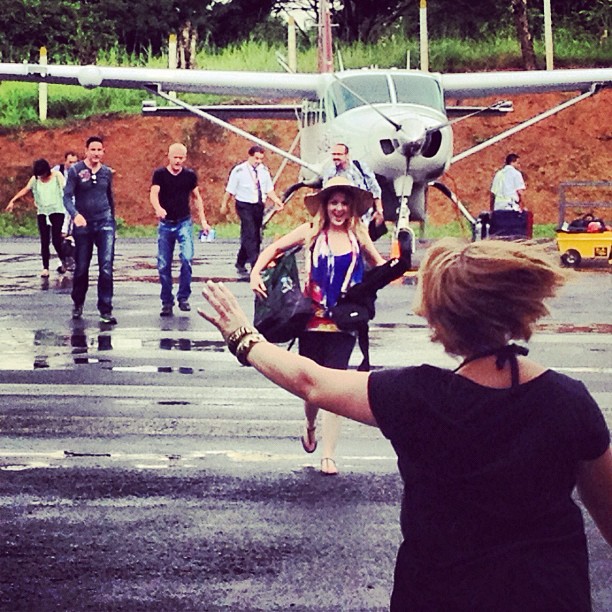 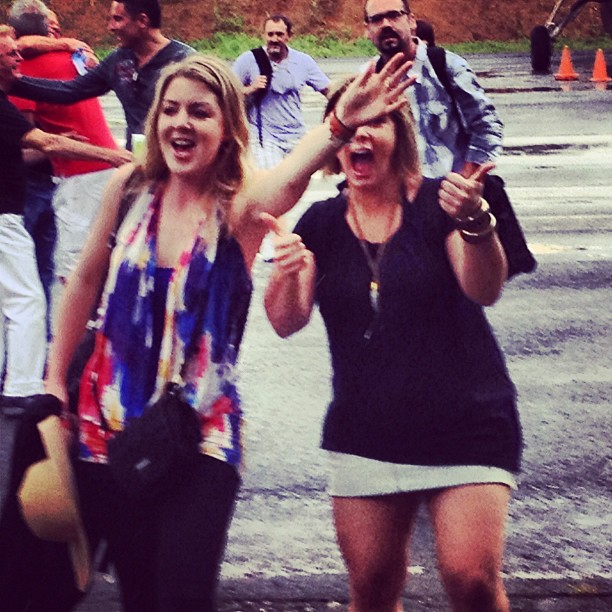 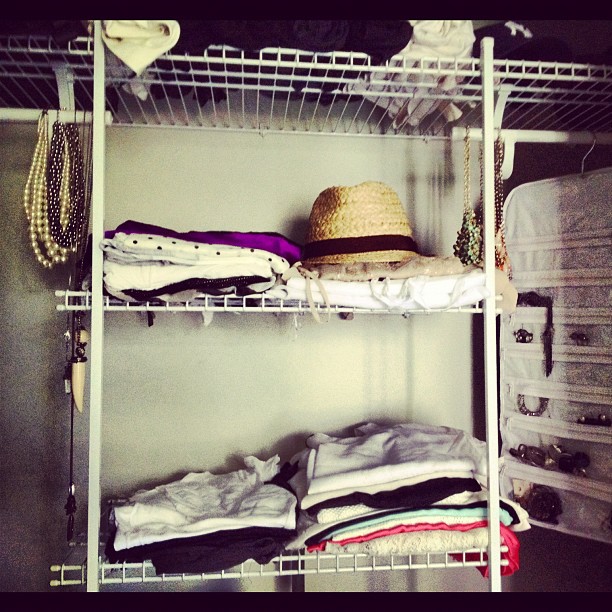 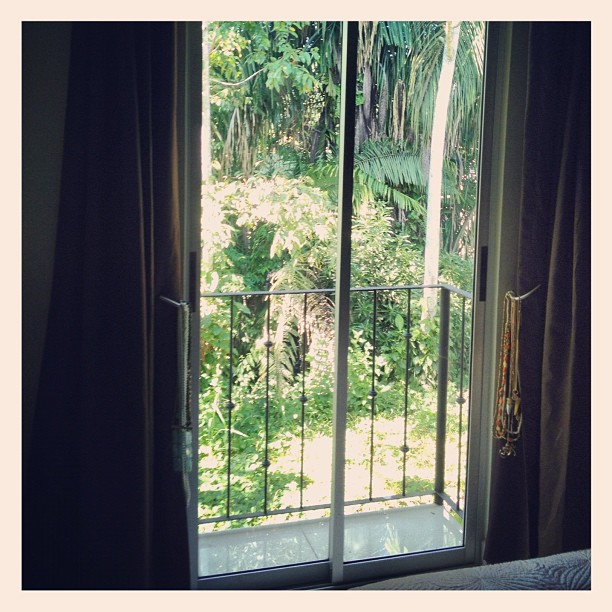 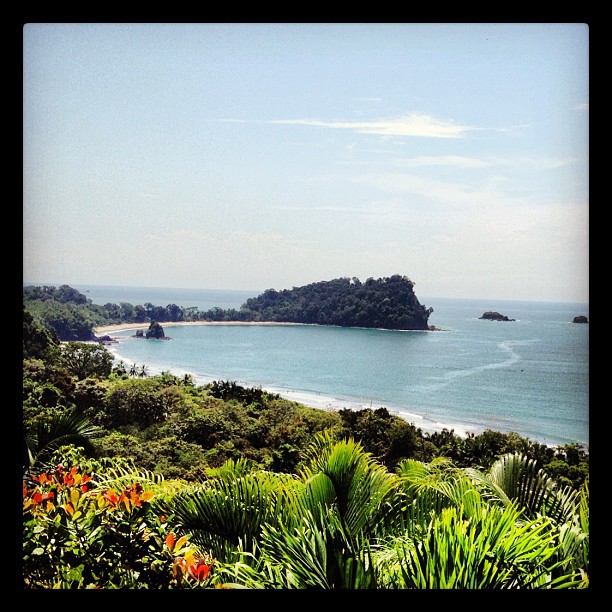 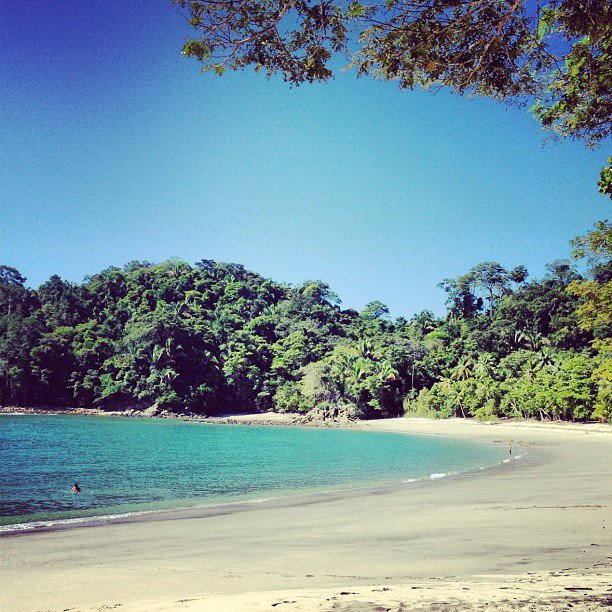 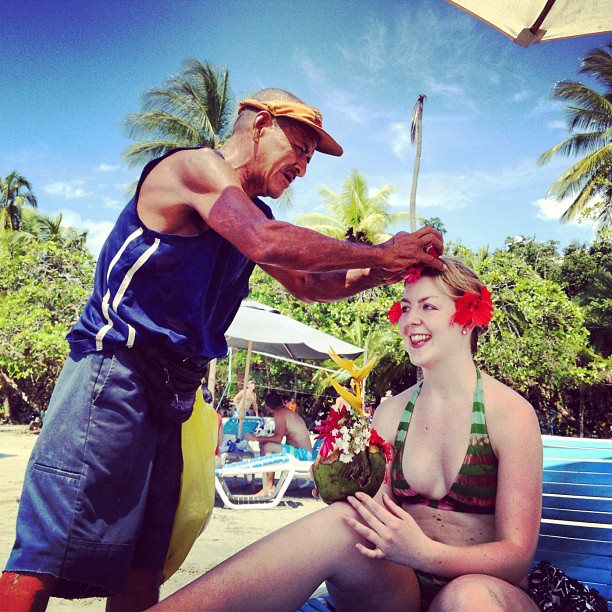 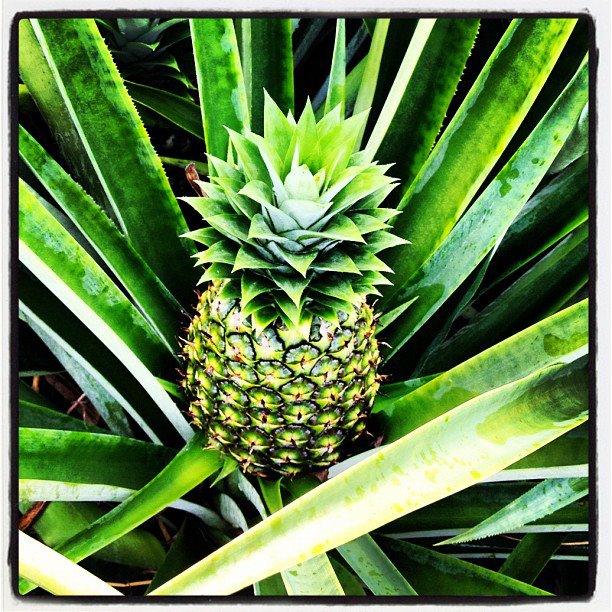 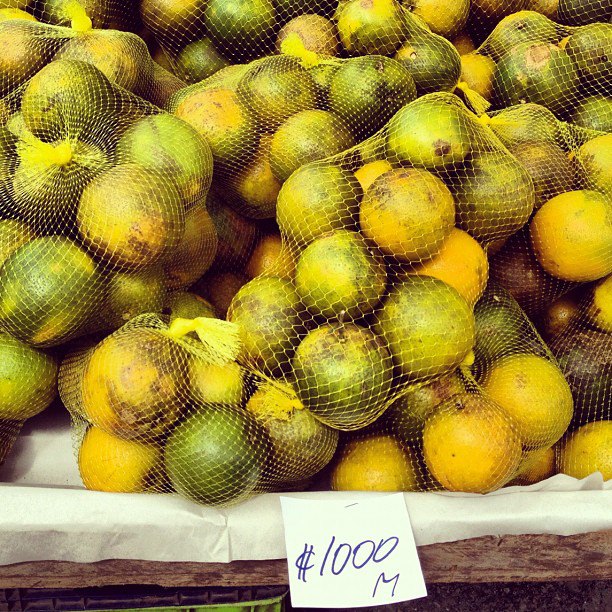 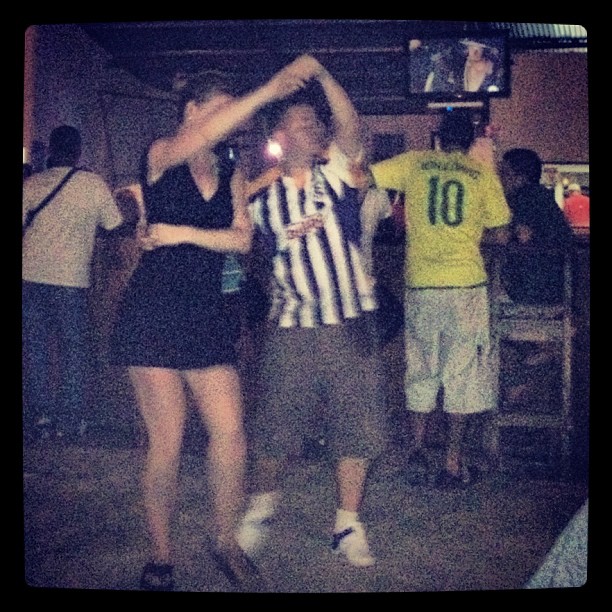 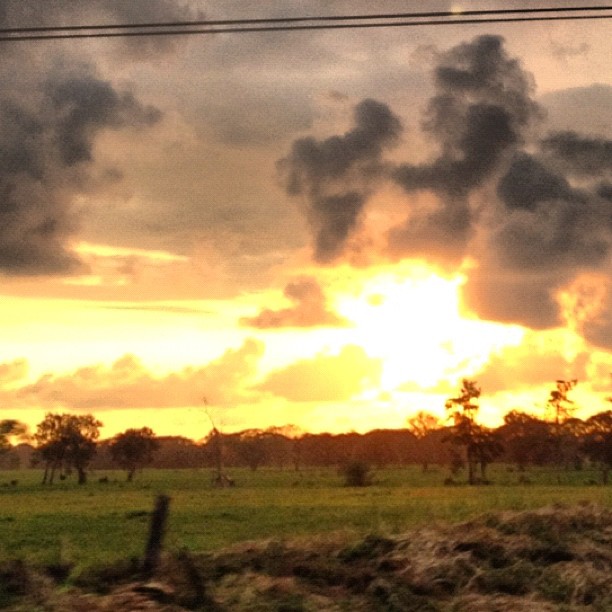 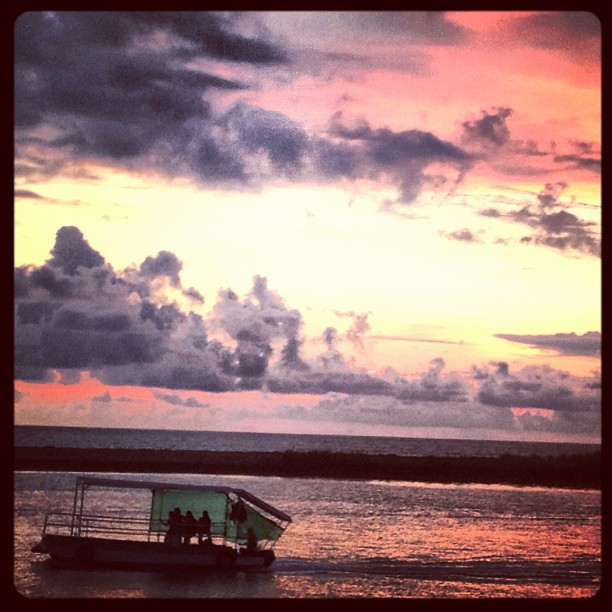 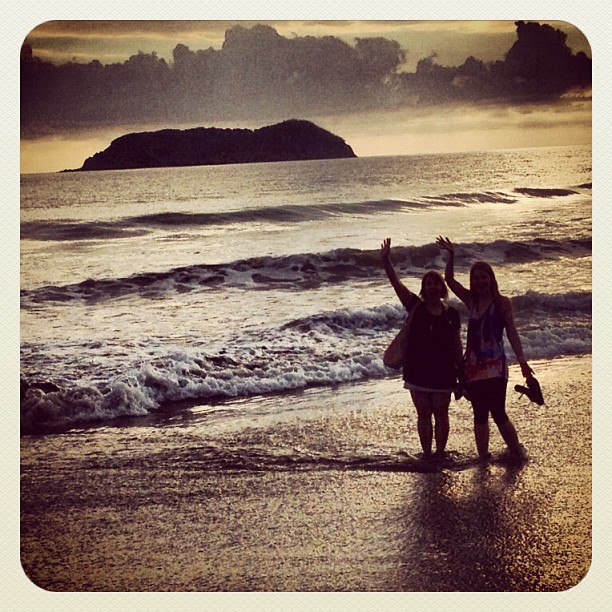 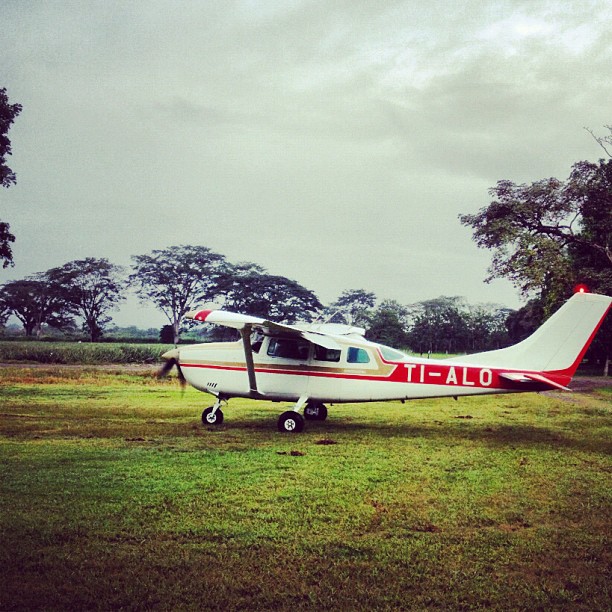 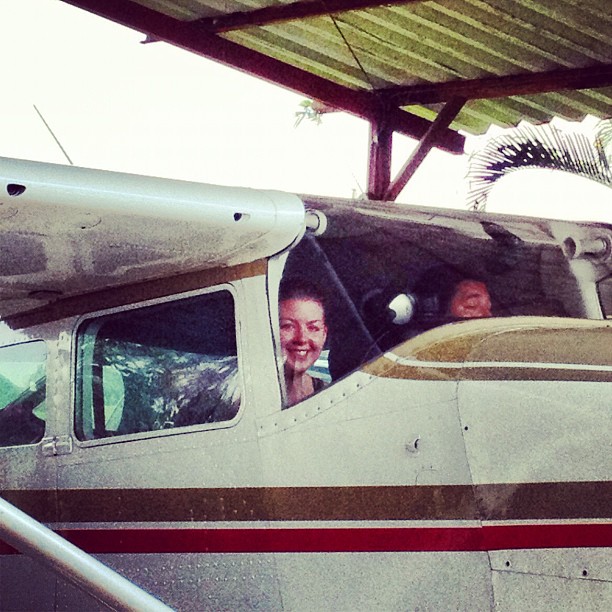 It's never about the reasons why you shouldn't.

It's always about the reasons why you should.

So what's the next plane you're strolling off, and where's your god damn pineapple?

Yo, I’m Ash! Fifteen years ago I was a small town girl growing up in a trailer park in rural Pennsylvania when I lost both of my parents and became an orphan. Fourteen years ago, I left for Philadelphia on a mission to discover what it meant to live a good life and do work you’re proud of (something I never saw modeled). Twelve years ago I realized that the rules were made up by a guy named Ted who has a dog named Wedgie—and “normal” was the most disappointing thing that ever happened to me. Eleven years ago I quit my shiny middle-class job in advertising to strike it out as a freelance writer—and landed myself sleeping in my car in a Kmart parking lot. Ten years ago I finally cracked the code and made my first $103,000 as a creative writer on the internet using nothing more than my voice. Nine years ago I doubled my earnings. Eight years ago, I continued doubling my income—and then some. And now, today, I run The Middle Finger Project, an irreverent media co. that helps other women find their voice and teaches them to use it to build whatever the f*ck they want. With a book coming out with Penguin Random House this FEBRUARY 11TH, I’m proud to be a bad influence on women and help them do something disobediently brave with their life and their career. Enter yo’ email address and I’ll send you my weekly advice column sharing everything I’ve learned on pursuing your passions for a living—and making a shit ton of money doing it.

But no serial killers. Promise I won’t send those.

The World’s Most Unscholarly Summary of Quito, Ecuador, Ever. (Oh, and Photos.)

Like: Cobblestone Dislike: Heels + hot coffee + cobblestone (oops) – Like: Free wifi in every plaza Dislike: Thinking I should work in cafes in every plaza, and then getting hopelessly distracted by shirtless soccer players on TV (oops again) – Like: The equator Dislike: Forgetting the bottle of wine to drink ON THE EQUATOR […]

Sometimes, It’s Easier to Lie to Yourself, Than Do the Work

If you were overweight and believed that you simply didn’t have the “genetics” to be slender—do you think you’d ever try? The stories you tell yourself aren’t your truth—they’re your shackles. So, what other things are you lying about?

White Men Can’t Jump, But They’ve Got Other Tricks Up Their Sleeves: The (Unearned) Privilege of Being White

Here’s a little something to ponder: Band Aids. What comes to mind? Perhaps a small, rectangular piece of flexible plastic with adhesive that sticks to your skin and pulls at your little hairs when you finally tear it off, bringing back unpleasant memories of your last Brazilian wax. No? I should leave the Brazilian wax […]

Evidence I Shouldn’t Be Allowed to Have a Blog (Also: Calling All Aspiring Copywriters + Wordsmith Sexpots)

I like lists. Don’t you like lists? I mean, who doesn’t need a good list in their lives? That said, in the name of honoring their holier-than-thou nature, today is officially list day on TMFproject. Dun dun dun DUN! Sound the alarm! Cue the horns! Signal the ponies! There’s really just one problem with list […]

I love Christmas. I’m a sucker for the jingle bells and little white lights, which I shamelessly string EVERYWHERE. What’s that, a bathroom vent? Must! Have! Lights! My mom and I used to make these “Italian Christmas Cookies,” which I’m pretty sure was not the official name, but since we had the recipe scrawled across […]

When Following the Crowd is GOOD FOR YOU.

So the other day, it happened. There was one person stubborn enough to finally coerce me into doing the one thing I’d promised I’d never do. I’d hedged for many painful weeks. (Okay, fine, months.) I’d squirmed and I’d squithered (new favorite word) and I’d writhed and I’d wriggled. And yet, she kept asking. “Today […]

There’s a Modern Trick to Getting What You Want, These Days. Shhhh. Come Closer, I’ll Tell You What It Is.

The Real Value of Travel (Come Sneak Away to the Beaches of Costa Rica, If You Dare)

A Sexy Story With a Lesson We sit in near silence, the only interruptions being an occasional mojito-induced outburst of nervous laughter, the sound of my silver chandelier earrings gently clinkering together, and the relentless tropical rains that steadily pelt the top of the canvas roof of the 4×4 automobile we are in. It’s shamelessly […]

On Getting Old, Having No Idea How to Make a Soufflé & Consciously Choosing to Do What You WANT.

It’s 2:42 in the morning and the reason I’m awake is called CHARDONNAY. People talk about getting old—buying crock pots, nonchalantly cutting your spouse’s armpit hairs, relating more to The Golden Girls than The Gilmore Girls—but they do not prepare you for the one thing that will change your life even more than tiny packets of GrillMates: […]

Personal Sovereignty + Giving Yourself Options + Who Needs a Vodka?

So that happened this week. There’s a lot that could be said, and a lot I’ll refrain from saying, but I did want to send a courtesy note to say, first of all, that my new online business mentorship program is still moving forward—and starts tomorrow—and second, that holy moly, it’s about so much more […]

You’re Not Drunk, But Your Vision Is Still Blurred – One Reason Why Religion, Marriage & Even Education Sucks

Join a girl from a trailer park who went on a mission to figure out what it means to live a good life and do work you’re proud of—and ended up as one of the world’s foremost career hackers, making a million dollars from the backseat of her car, writing on the Internet and traveling everywhere and causing lots of religious people pause.

Privacy Policy
NO, NOT ANOTHER ONEEEE! But hey, the law is the law, and as such, letting you know that The Middle Finger Project uses (oatmeal) cookies to improve your experience. We'll assume you're cool with this, but you can opt-out if you wish, Buttercup. Accept RejectRead More
Privacy & Cookies Policy