How to Be Taken Seriously in Biz + Life. (Does Not Apply to Douchebags, The President, or Anyone With The Name Barbie.)

Ever jump in a pool fully clothed?

You gotta try it.

Borderline rebellious, without landing you a spot in jail, or any unplanned pregnancies. (Usually.)

I'm pretty sure I've jumped into more pools clothed than the average human being, which must qualify me for something. Something other than the insane asylum. Or the WWF.

My favorite occasion, since we're clearly having a discussion about this, was at a national sales conference in Atlanta, Georgia. There we were, myself and the other top producers in the nation, after a long day of meetings. Naturally we're all in suits. Mine was from Victoria's Secret. It was a skirt suit. Pencil, to be exact.

The hotel bar was closed, so the next best thing, of course, was the indoor pool area.

Joe Schmo and Bob the Builder were sighing about how they wished they could swim; meanwhile, I took one look around me and…knew what must be done. *cue ancient Chinese gong*

This would take jumping-in-clothed to a whole new level.

And I was ready.

Before anyone knew what was happening, I held my nose and took a running start toward the deep end.

When I surfaced, the looks on their faces was a hybrid of shock, delight and WTF.

And then, before I knew it, one by one they, too, tossed off their shoes and cannonballed in, business suit and all. (One guy stripped down to his boxers. He doesn't count.)

What a blast we had.

I remembered this story yesterday, as I chased an obnoxiously large frog around my pool here in Costa Rica, trying to capture him in a plastic bag so I could bring him to my tub and examine him more closely.

I don't know why. I just do that kind of shit.

And the point is that all of this reminded me of something I've been meaning to mention here on the blog, which is the difference between being serious and being taken seriously.

You don't have to be serious to be taken seriously.

When I know my shit, and I knock it out of the park every single time, no questions asked, you bet your ass you'll be taking me seriously.

When you're superhuman at what you do, it affords you the luxury to have some fun with it, too.

Oftentimes, I see small business owners hesitating too much.

Hesitating to be themselves.

Hesitating to put it out there.

Hesitating to have fun.

Hesitating to run their own business they way they secretly want to.

Because they're scared they won't be viewed as professional.

Or they won't be taken seriously.

And then they're going to go bankrupt and live off a steady diet of corn flakes and slices of processed cheese–the orange kind.

I've got news for you.

When you do your job better than any other motherfucker out there?

And you will be taken seriously.

The caveat? As long as you actually know what you're doing.

On the other hand, if you don't actually know what you're doing–say, you're some random Tommy Numb Nuts with no background in anything who just decides to start “coaching” people–then you probably should be worrying about this.

Because no one's ever going to take you seriously–whether you act serious or not–because you're work is not seriously good.

Now that I've hit that pleasant note, I'm off to do some more writing in my hammock.

This was this morning: 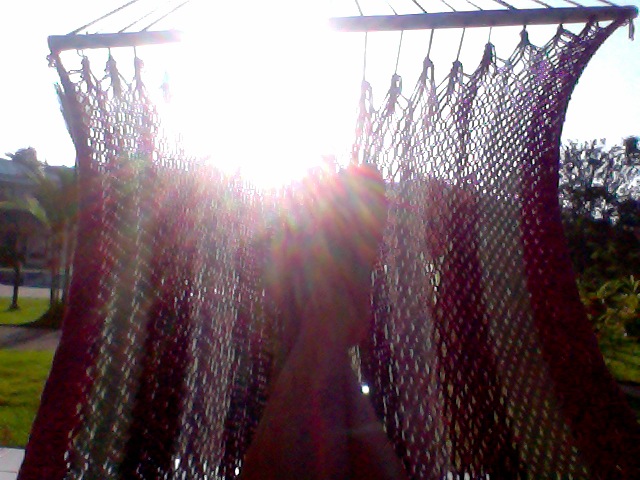 Because you know why?

That book I've been talking about?

When I say I'm going to do something, I damn well do it.

And if you're gonna roll with me, you damn well better be following through on your INTOXICATE 2012 ideas, too.

It's time for you to show the world who's boss.

It's time to start getting taken seriously.

The Middle Finger Project. Not Your Grandmother's Blog.

Plan on Being Successful

Strike “Newsletter” From Your Vocabulary: What To Say (Instead) to Entice, Compel + Get People To Opt-In

Use a Deadline The Way You Use Condoms: Every. Freaking. Time. (And Other Sales Lessons You Need!)

You Know You Need a Change When…

This Tattoo Artist Needed Less Overwhelm, More Money: Here’s How I’d Grow the Biz Without the Burn Out

How to Be a Bitch About Money: The 8 Money Policies Every Freelancer NEEDS to Avoid Getting Burned Like a Ham Sandwich—Including the Rock-Solid Refund Policy That Slays

Is It Worth Your Time…Or Not? This Is How You Decide.

Listen: Do What You Crave Without the Guilt. Travel to Italy. Enroll in That Workshop. Make Your Art Every Afternoon. And Hurl Yourself Into the Unknown—For This Is The Best ROI That Money Can Buy.

The 140 Character Email: An Experiment in Sanity

How Dating Chilean Men Can Help You Succeed In Business. Kind of. And Why Bloody Noses Are Not Okay, Which Is Not Related to The Story At All, But You Should Read About It, Anyway.