Oh, Get a F*cking Grip, Already

“QUIT WAITING ON being told stuff is OK. What are you, six? That said, you had more balls when you were six, didn't you?”

This is the way my smart AF British friend, Matthew Kimberley, opens a chapter in his newly released book, out just YESTERDAY: Get a F*cking Grip.

(As an aside, I hate sentences like that one I just wrote. Everybody's everybody's “friend” on the internet, which usually just means “they tweeted me once and now I'm an affiliate hoping to kiss their arse and build my reputation off of their name.” That is not this. Though I am not above that. That or licking your fingers after hot wings. However, Matthew Kimberley is—to the detriment of society—my real friend, in the real world, which I know is true based purely on the number of times we've almost been locked up together in multiple different countries.) 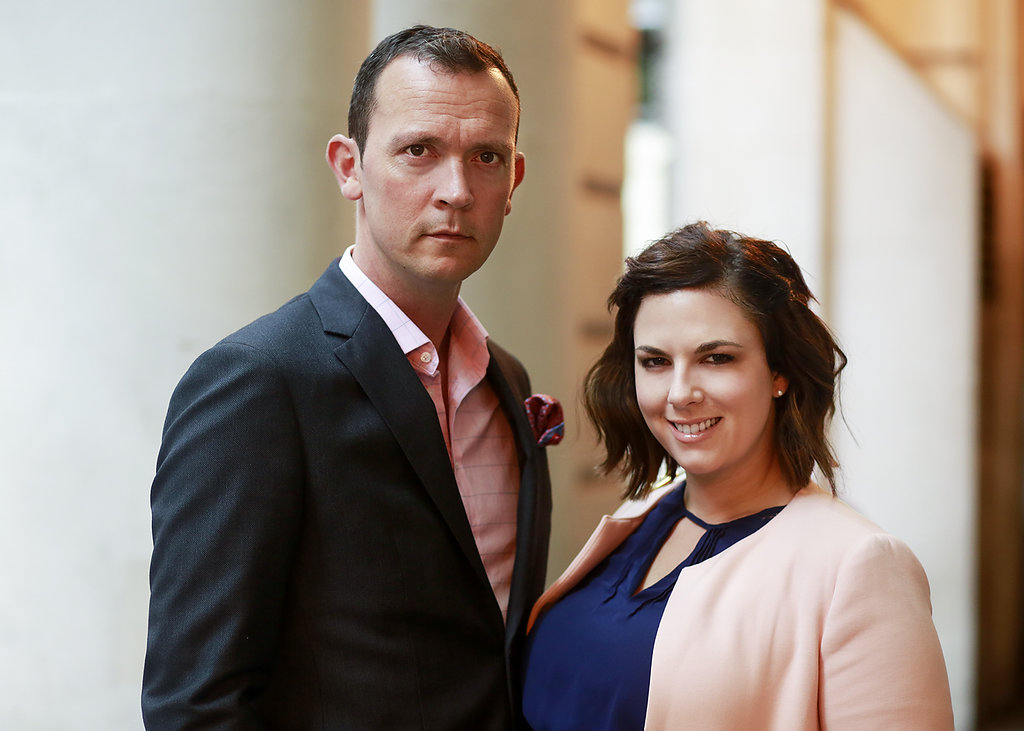 Which is why I'm going to tell you that if you're like:

…then, for the love of all things potato (my spirit vegetable), go grab the audiobook of Get a F*cking Grip right this very minute.

I don't usually recommend audiobooks. I love me some PAGES. In fact, I'd much rather you read my own book before turning to the audiobook version (out in February!). But in this case, I'm going to strongly, strongly recommend buying Matthew's audiobook over the print book because his entire personality is just SUCH an experience in and of itself. Him in person is just this breath of fresh, smart, ass-kicking air that makes you sort of fall in love with him and his advice and his voice AND life itself, all in one big, fell swoop, while laughing hysterically and admiring his wit and charm and being like “god damn, I want to be clever like that”—all while instantly feeling approximately 100 times more capable and cool by association, sort of like you're being mentored by Hugh Grant, Jude Law and Benedict Cumberbatch all at once. (We should probably throw in Anthony Hopkins, too, considering that dude always shows up everywhere.)

I've just ordered both the audiobook and the print book, and you can bet your ugly Christmas sweater that I'll be here around the house listening to Matthew's no-nonsense approach to living as I attempt to cook a stew this evening (HAHAHAHAHAHAHAHAHAHAHAHAHAHAHAHA) while refusing to put on anything besides cozy Target pajamas and this ridiculous oversized sweatshirt that C got me that sort of doubles as a blanket and/or tent and would have been a very useful accessory on the Underground Railroad—and will probably be the thing I live in for the duration of winter and/or the rest of my life.

Then again, I probably need to get a fucking grip.

And therein lies the appeal: don't we all?

Yo, I’m Ash! Fifteen years ago I was a small town girl growing up in a trailer park in rural Pennsylvania when I lost both of my parents. Fourteen years ago, I left for Philadelphia on a mission to discover what it meant to live a good life and do work you’re proud of. Twelve years ago I realized that “normal” was the most disappointing thing that ever happened to me. Eleven years ago I quit my shiny job in advertising. Ten years ago I started an innocent little blog called The Middle Finger Project. And today? I’m an author with Penguin Random House, a million-dollar internet entrepreneur, a creative writer known for her irreverent voice, and someone who is proud to be leading women from around the world and teaching them how to make their own damn money. So if you need help believing in your fucking self again, if you need the confidence to pull the trigger on YOUR middle finger project, if you need some really great money-making advice, and if you need to someone to help you GO, GO, GO—I’m your girl, and this is your crew. Enter your email now to kick start an all-new era for yourself, and welcome to The 👏 Middle 👏 Finger 👏 Project. (((Emails are where EVERYTHING happens.)))

Relax. I’m not going to start this post with, “Happy Thanksgiving–turkeys and corn and pilgrims blah blah blah.” That would be far too predictable. I’m also not going to talk about giving thanks, either, because you and I both know you’re reading about that on every blog ever made today, and I certainly don’t want […]

A continuation of the Dream Zapper post, discussing why Dream Zappers zap in the first place. Get your GRR face on.

One Big, Sexy Question for Instant Clarification On: What the Hell Do I Want to Do With My Life?

I was reading something on the Internet yesterday that was praising this woman’s work, and I thought to myself: there’s such a difference between doing work and having work. (And yes, I italicized “such” in my mind.) To do work is to take on a task, whoever’s task it might be. To have work, though—work […]

Darling – I just wanted to send out a dirty little love note telling you that YOUR WORK IS HOT. YOU ARE HOT. AND YOUR LIFE IS ABOUT TO GET HOTTER. Blind faith is sexy. Get some. BE SOMEBODY. Love and a Tuesday slap on the ass, Ash

When your guilty conscience is your enemy, Ayn Rand & the tension between the moral values and the capitalistic values that define us.

I Hate Mantras, And YET—I Love This One for When You’re Kinda Sorta Shitting Your Pants

I have a mantra (despite wanting to slit my throat upon hearing the word “mantra.”) Are you ready? My mantra is this: WHO CARES HOW YOU FEEL ABOUT IT? GO ANYWAY. Which sounds really kinda wrong, right? We’re a culture based on f-e-e-e-e-e-e-l-i-n-g-s. But sometimes, you have to override the ones that I call false […]

When Faith Has an Affair And Walks Out On You–And Doesn’t Even Have the Decency to Look Back.

My mother had severe anxiety disorder. Diagnosed. Verifiable. Psychiatric level. She’d sit in the living room, what iffing life as it passed her by out the window. What if that check doesn’t come? What if that bill is high this year? What if I can’t go? What if it snows that day? My 16-year old go-to […]

Beating, Stomping and Otherwise Assassinating The Voice In Your Head That Says “You Can’t.” Violently.

It’s that fear. It’s that dirty little lurking thought in the back of your head that moseys on up to the forefront every single time you’re finally prepared to step up to the plate and take a chance in life. You’re not smart enough. You don’t know what you’re doing. People will see right through […]

I love Christmas. I’m a sucker for the jingle bells and little white lights, which I shamelessly string EVERYWHERE. What’s that, a bathroom vent? Must! Have! Lights! My mom and I used to make these “Italian Christmas Cookies,” which I’m pretty sure was not the official name, but since we had the recipe scrawled across […]

Storm Down The Door of Life With a Hatchet + Some GUMPTION.

I always wanted to be the woman with the white floppy hat. The one with the easy laugh, where time had not made her older, but all the more delightful. The one who carries a basket of strawberries wherever she goes, the one who frolics in fountains, the one who holds his gaze just a […]

Because You Don’t Want to Show Up At The Pearly Gates With a Big Ass Moral Hangover.

The phrase is simple: Goma moral. Here, where I am in Costa Rica, it translates into “moral hangover,” and you’ve got one if you stayed out too late, drank too much, said something you regret, or acted in any way irresponsibly the day before…and you feel guilty as sin. Forget the physical hangover; the moral one is […]

If you aren’t on the email list, you’re practically standing on the savanna wondering “where’d everybody go?!” My emails are where *everything* happens—even though Instagram think it’s cute. 😉 If you need help believing in your fucking self again, need the confidence to pull the trigger on YOUR middle finger project, need some really great money-making advice, and need to someone to help you GO, GO, GO—I’m your girl, and this is your crew. Enter your email now to kick start an all-new era for yourself, and welcome to The 👏 Middle 👏 Finger 👏 Project.