White Men Can’t Jump, But They’ve Got Other Tricks Up Their Sleeves: The (Unearned) Privilege of Being White

Here's a little something to ponder: Band Aids.

What comes to mind? Perhaps a small, rectangular piece of flexible plastic with adhesive that sticks to your skin and pulls at your little hairs when you finally tear it off, bringing back unpleasant memories of your last Brazilian wax.

No? I should leave the Brazilian wax out of this, you say?

Okay, fine. No wax for you!

But visualize a Band Aid for a moment. What color is it? I think we can all probably answer that question without much debate.

The real question at hand, however, is why I'm rambling on about the color of Band Aids. The answer is because something so simple holds far more meaning than we notice. Consider that they're named “flesh-colored” or “nude.” It's an indirect (but bold) statement that essentially says:

“White people are the standard human being.”

Coincidentally enough, based on the 2000 Census, CNN reports that by 2021, more than half of all children in the United States will be minorities. (Hence making them the majority.) That's in eleven years, my friends. Not much time at all. As a result, the common argument that the Band Aids company is merely making a savvy business decision by marketing to its primary demographic will soon be rendered null and void. Hasta la vista, baby.

Yup, That's Right: Here Comes The Can of Worms. And I'm About to Open It Faster Than You Can Say “Oh, boy.”

While we so proudly claim that racism no longer exists, the reality is that we're surrounded by it.

It might not be overt, but it doesn't have to be. The technical term for this is called unearned white privilege, which essentially just means that–hey, sugar–if you're white, the cards are stacked in your favor.

Every day, without even recognizing it, white people–myself included–soak up all sorts of benefits from being light-skinned. From not having women clutch their purse tighter in passing, to being able to drive a brand new car without people wondering if it was purchased with drug money, to being able to move into a new neighborhood without having the neighbors wonder if their property value will be negatively affected. . . right on down to having a “nude” colored Band Aid that are, well, nude.

Unfortunately, unearned white privilege isn't something you can decide whether or not you want to participate in–if you're white, you automatically get these fun little chocolate-dipped, unseen luxuries. From this perspective, such a reality admittedly conflicts with one of my strongest convictions here at The Middle Finger Project, that of individual choice enabling us to get out there and take control of our lives. The truth is, that's a limited viewpoint, because to a certain extent, we are the product of what we will ourselves to be, yes, but also what the society in which we live lets us be.

Meritocracy Exposed (And It Doesn't Look All That Good Naked, I'm Sorry To Report)

So perhaps more importantly, the concept of the United States system of meritocracy–essentially which says that everything and anything can be earned–is revealed for what it truly is–a myth that serves to boost our self-esteem, making us work especially hard and then allowing us to boastfully assume that we fully deserve whatever reward comes as a result.

The truth is, some of us have had a little help.

We really (really) hate admitting that, too. I'm sure that many of you are getting heated inside right now, conjuring up a fiery comment that you can make, telling us how you've worked hard for everything you've ever had. And no one's denying that; I'm the first to say that I've worked my ass off for everything that I have today.

But despite things like discrimination against women or the poor, if those women or those poor people are white, they're still drawing on white privilege somewhere.

What's the big deal, you ask?

The big deal is that racism, in general, is (insert expletive) absurd.

It is a social construct that's based entirely on a color. A color. And just in case some of us missed the memo, the color of a person's skin has no bearing on his/her feelings, thoughts, ideas, intelligence or potential. As a matter of fact, it has no bearing at all–just the bearing that we arbitrarily assign. It is so utterly inconsequential, that I'm frankly baffled we could ever make such an issue out of it. It's comparable to forming a KKK to take out anyone with black hair.

Why should hair color be different from skin color?

If you're still hopeful that racism doesn't exist, check out this little gold nugget of a fact: In Andrew Hacker's book, “Two Nations,” which questions the value of whiteness according to whites, his study asks students how much money they'd seek if they were suddenly changed from white to black.

Most seemed to feel that it would not be out of place to ask for $50 million dollars, or $1 million dollars for every year of blackness. Pretty clear our perception on the value of being white, eh?

Racism Rejected. Hardcore. Like The Guy I Danced With Last Night Who Kept Insisting We Start a Relationship. Note: Very Weird.

This truly makes no sense to me. Have you ever dated one of those people who, you swear, invents drama just for the sake of having drama? Almost for the sake of just having something going on? I feel that when it comes to racism, our collective society is that guy. It's as if we feed off of it. Yet, at the end of the day, we are all the same species–skin color varies, just as the shape of our noses, mouths, ears and/or pot bellies. And I'll be damned if someone is going to persecute me if I've got a little spare tire action going on. Why should skin color be any different?

As a matter of fact, the lightness or darkness of one's skin color is really just the inheritance of one particular gene. (For the record, they say that the ability to roll one's tongue is dependent upon a gene, which a small percentage of the population does not have. I am included in that percentage. Yes, it does frustrate the shit out of me, thanks.) Here's the explanation on the race gene I got from this really cool website:

Skin color involves a relative handful of genes with the most important being SLC24A5 which produces melanin, a molecule that absorbs solar radiation, particularly potentially harmful UV radiation. There are two variations with the variation that produces the amino acid alanine being associated with a dark complexion and the variation that produces the amino acid threonine being associated with light skin. In general a pigment is black if it absorbs the entire visual light spectrum. It is white if it reflects the entire visual light spectrum.

So, let me get this straight: We've been making such a big deal about this in the name of one little gene? Seriously, I can only hope that the tongue-rolling nazis don't start coming out of the woodwork. Would I, too, be taken behind a convenience store, brutally beaten unconscious, urinated on, stripped naked, chained with a logging chain by the ankles to a pick up truck, & then dragged along a cement road for three whole miles until my head was decapitated…and then thrown to the side of the road, before my assailants took off to enjoy some beef n beer at a god damn barbeque?

Are you kidding me?

Do me a favor. Look this man in the face. This is the man who had to endure that cruel, unjust torture. All because his body produced more of the amino acid alanine. 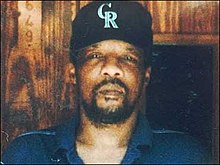 Honestly, I hope that makes us all feel horrible to our core. I hope that the next time any of us even think about thinking a semi-racist thought, go ahead and picture James Byrd Jr.

Racism is stupid. It hurts me deeply to hear irrational, hurtful, discriminating comments. While researching the issue of unearned white privilege, I came across a forum, where the question was posed, “Are there Band Aids for black people?” to which a commenter responded, “Yeah, they're called Food Stamps.” I simply cannot express not only my rage at that comment, but at my utter despair as well, because it's things like that which make me lose just a little bit of faith in the human race. We're a disappointing bunch sometimes, aren't we?

Initially, the intentions of this post were to discuss hidden, unearned white privilege, but the direction it took is not one I apologize for, nor one I intend to edit. These aren't my thoughts; this is hard, cold truth.

And that is exactly what worries me.

Are You (Accidentally) Using Words That Are Triggering People to STOP LISTENING?

Never, Ever Put It Off—Or Say You’ll Get to It Tomorrow. Like, Ever. So Help You Vodka.

How Dating Chilean Men Can Help You Succeed In Business. Kind of. And Why Bloody Noses Are Not Okay, Which Is Not Related to The Story At All, But You Should Read About It, Anyway.

Percentage Off or Flat Rate? Memorize This Bomb-Ass Trick 🙌

The Definitive, Step-By-Step Guide to Getting Off Your Butt, Finding Some Focus, And Jump-Starting Your Biz…So You Can Stop Feeling Like an Procrastinating Asshole (And Start Making Some Cashola)

Difference Isn’t About Being Different.

Tired of Having A Neverending To-Do List? Use It To Your Advantage

25 Words That Will Make You Seem Bland, Useless, Stale, Dime-a-Dozen, Washed-Up and Otherwise Uninteresting, Unimportant and Not Worth Paying Attention To