Marilyn Monroe Wouldn’t Give a Damn.

…when I sauntered over to Ecuador and had a twelve year old pierce my nose, as well as agreed to having a random Ecuadorian man sit on top of me on the beach to doodle all over my back with a mysterious black, sticky ink?

Maybe we didn't know each other then, which is a huge shame because I was clearly a lot more fun.

And then, of course, since it's always good practice to post up some iPhone photos right next to a series of professional photos, there were these: 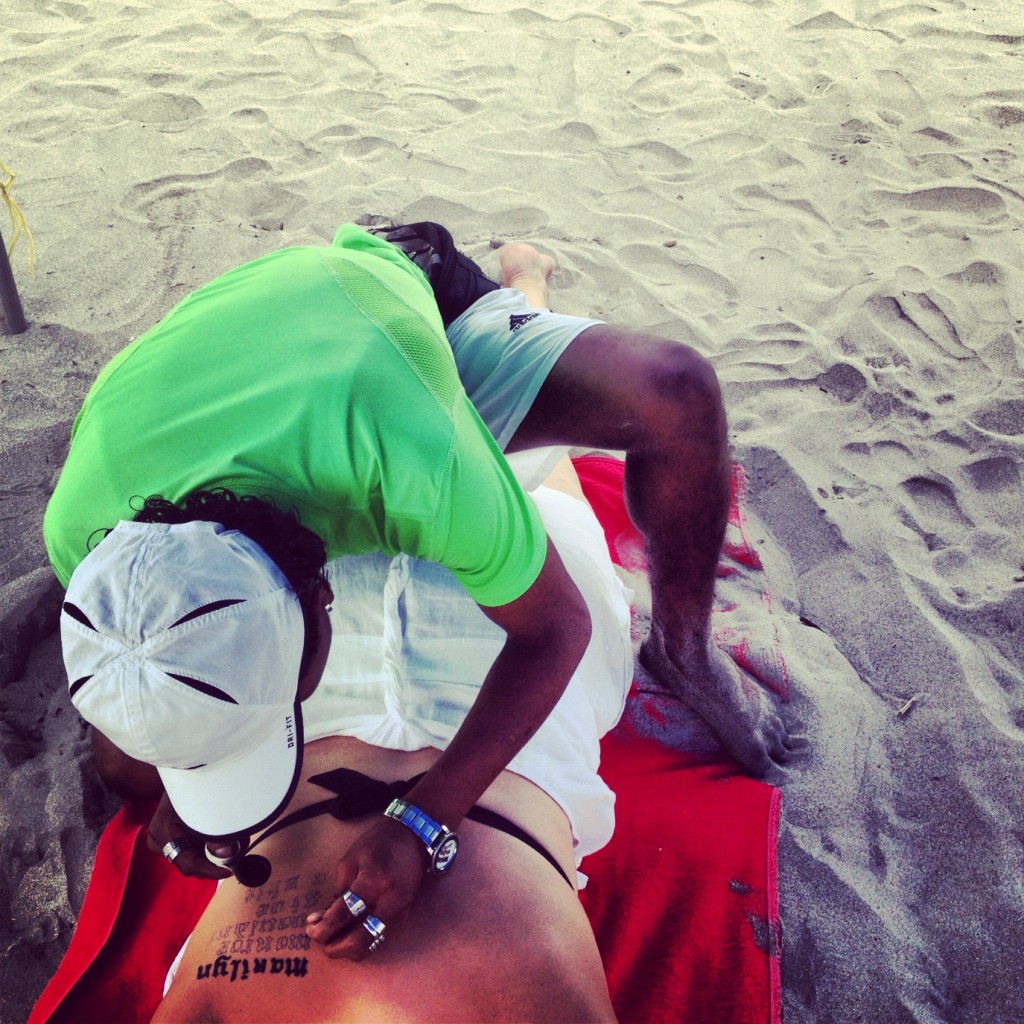 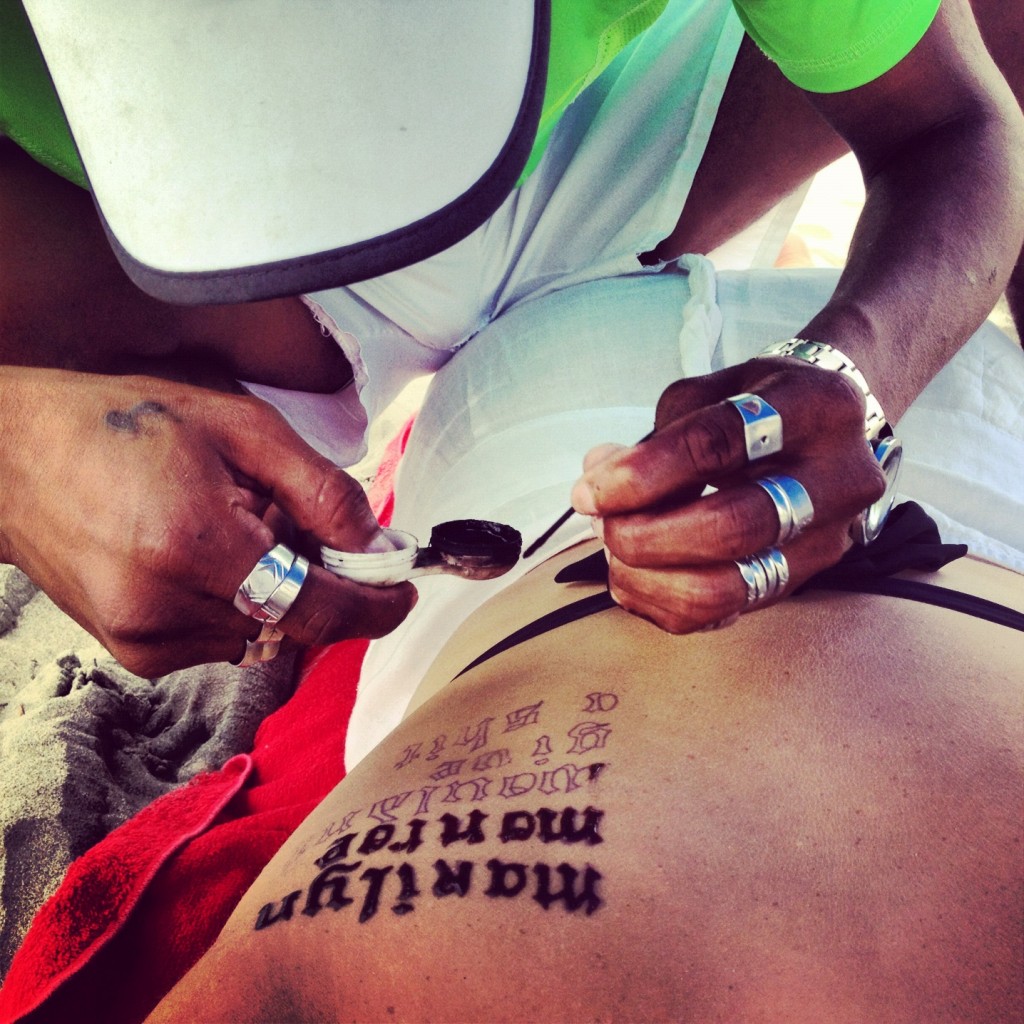 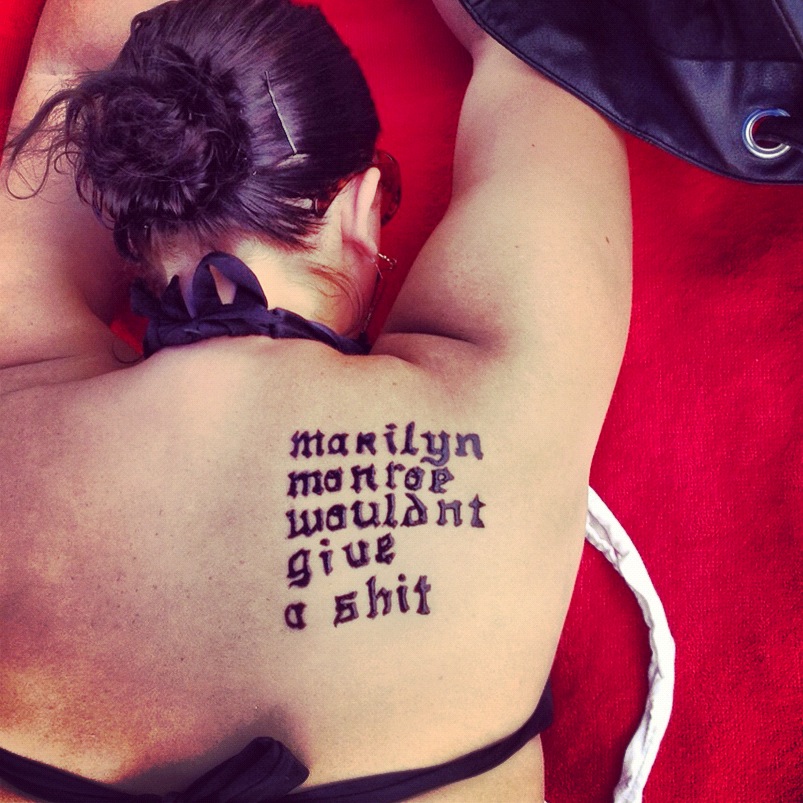 I tried to tell him to put the apostrophe.

Really, I did. But apparently I don't know the word “apostrophe” in Spanish, so things got a little awkward between me and Juan the freelance ink slinger.

So why am I bringing this up now, other than to torture you with a variety of egomaniacal photographs?

For one really simple reason.

Because that crooked, missing-an-apostrophe, inky fake tattoo that says “Marilyn Monroe Wouldn't Give a Shit”–

You will be seeing those words again.

Except I'll keep it classy, and substitute “damn” for “shit,” of course.

Because that's just how girls from Scranton roll.

When they aren't rolling down to Ecuador, that is.

Because there? Anything goes.

Apparently, us classy girls from Scranton missed that day.

2 Minute Guide to Reclaiming Your Life

One word might be costing you thousands of dollars. What is it?

Is It Your Own Fault?

Only the Ordinary Can Easily Define Themselves. You? You’re Another Story.

On Branding Your Work With Balls (Featuring THE BEST QUESTION EVER)

Business Is a Love Story. So Don’t Be a Selfish Lover.

Writing Books, Trusting The Fuck Out Of Yourself, And The Golden Penis of Website Builders. (In Other Words, A Total Must-Read, You Guys.)

Spending Money is Not a Sacrifice, But a Strategy